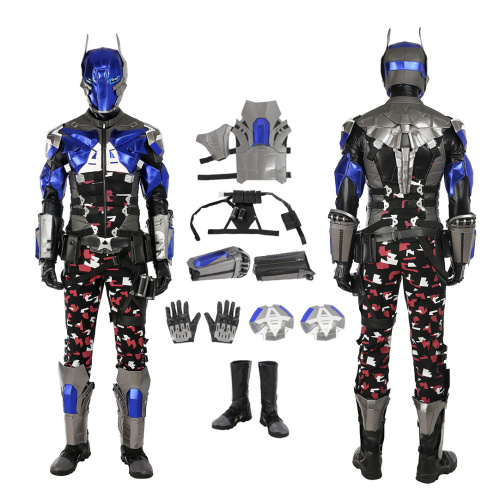 The Arkham Knight was a mysterious military villain who emerged in Gotham City and was the antithetical version of Batman. He wore a militaristic "Batsuit" and had an Arkham symbol on his chest. He formed an Alliance with Scarecrow and struck a deal with Deathstroke to transform Gotham into a city of fear and end Batman. He was revealed as Jason Todd, formerly Robin before the Joker's torture at Arkham Asylum, but later abandoned his Arkham Knight persona when he realized Batman's trust and became the vigilante known as the Red Hood.